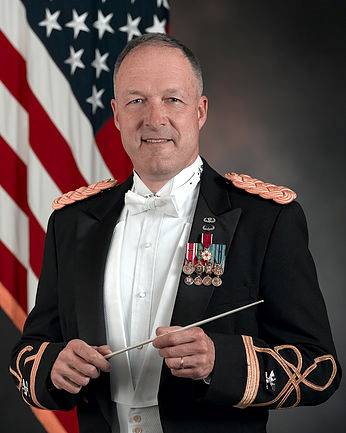 PLAINVIEW – Wayland Baptists University will hold its second annual Warren Symposium on March 1-2 with a focus on concert band. The Warren Symposium was established 2017 by Mark and Freada Warren in memory of their son Clay. Their desire was to leave a lasting legacy of Clay and his love for music.

The students will participate in a two-day clinic that will culminate with a joint concert of the High Plains Honor Band at 4 p.m. on March 2 in Wayland’s Harral Memorial Auditorium. The clinic and concert are open to the public and admission is free.

Colonel Thomas Palmatier, retired Commander and Conductor of “Pershing’s Own” Army Band, is the guest clinician for the event. Palmatier served as conductor of the band from 2011-2014. He retired after more than 37 years of military service. “Pershing’s Own” is the largest military music unit in the United States.

Colonel Palmatier holds numerous awards and recognitions for military service. He was the first Army music officer to earn both Parachutist and Meritorious Service Medals, and earned the right to wear a combat service identification badge for service in El Salvador and Iraq.