Gospel Musician to be Honored at Homecoming 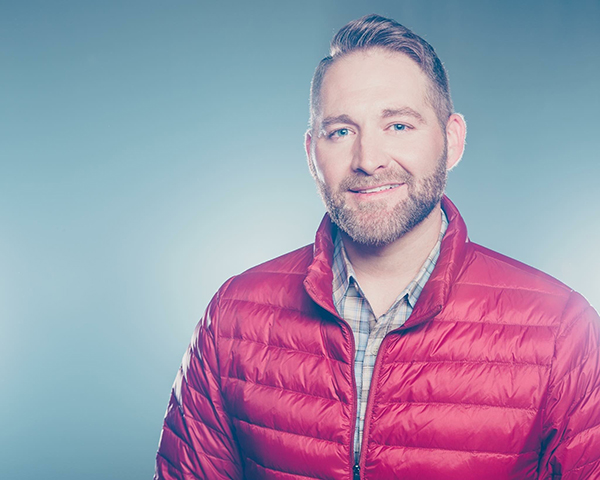 PLAINVIEW – Paul Harkey, a 2003 graduate, will be honored as a Distinguished Alumnus by Wayland Baptist University during its spring Homecoming celebration. While the weekend is mostly a virtual affair, the awards presentation will premiere online on Friday, Feb. 19, when it would traditionally have been offered.

A native of Petersburg, Texas, who graduated from Plainview High School, Harkey is the bass singer for Ernie Haase and Signature Sound, one of the premier gospel groups in the nation. He joined the group in 2012 after singing with several other groups.

“Signature Sound was my ‘dream group.’ Because I had literally prayed for the opportunity to sing with Signature Sound 10 years earlier at a Gaither event, and God putting one of the singers in front of me, I’ve been living my actual dream since Oct. 18, 2012,” says Harkey, who now lives near Nashville. “ I am also in charge of the merchandise sales, and I got my CDL so I can drive the bus when our driver runs out of DOT hours.”

Harkey majored in music at Wayland, then led worship in churches for several years after graduation. When he took a temporary position with gospel group Crystal River in late 2007, he realized his true calling. He met The Anchormen quartet at a concert and they hired him as their bass singer in February 2008. His next stop was with the LeFevre Quartet, and he soon met Signature Sound baritone Doug Anderson, “who happened to be one of my favorite singers of all time.” That encounter soon led to his current role with the group.

“Paul Harkey is one of the most talented vocalists to come out of Wayland’s music department, which has had many great singers over its storied history. His performances have blessed thousands during his career, and he is a great representative of our university,” said Teresa Young, director of alumni relations at WBU. “We are proud to add him to the list of Distinguished Alumni Award winners.”

Harkey and his wife Jennifer – a senior sales consultant with Pampered Chef – have a daughter, Cameron, a senior in high school, and two sons, Weston, 7, and Hudson, 5.