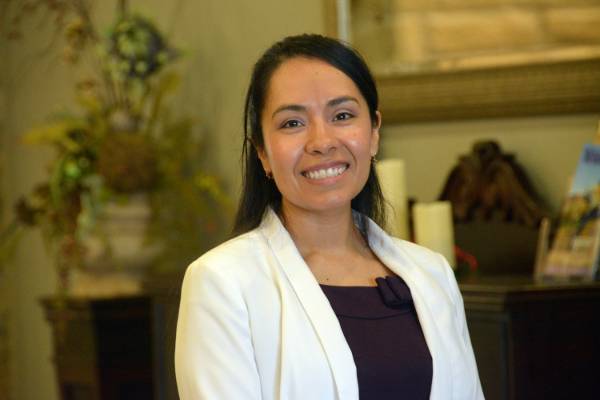 Melissa Gonzalez has been named the new Director of Museums for Wayland's Jimmy Dean Museum and Museum of the Llano Estacado.

A 2003 graduate of Plainview High School, Gonzalez earned a bachelor’s degree in history from Wayland in 2006, and a master’s degree in museum science from Texas Tech University in 2009. She is familiar with the Wayland museums, having worked as a special project volunteer prior to the opening of the Jimmy Dean Museum. Most recently, Gonzalez worked as a bibliographic cataloger at Texas Tech and a gallery assistant for the Garden and Arts Center in Lubbock. Gonzalez also served as the education director for the Historic Waco Foundation and a graduate intern at the Juneau-Douglas City Museum in Juneau, Alaska.

As part of her focus with the Wayland museums, Gonzalez hopes to inspire other children to consider historical and archaeological work as a possible career.

“The first time I came to the museum here, I didn’t realize that was a career,” Gonzalez said. “I know that if we can start getting some kids in here and maybe start planting those little seeds, maybe there is a future archaeologist or curator in there.”

One of her immediate focuses, however, will be to ensure that the museum’s current archive materials are properly recorded in a catalog and stored. She also hopes to find a way to display more of the items that are currently in storage.

“We have some really great stuff that people aren’t seeing and that people will want to see and want to hear the stories behind,” Gonzalez said.

Part of the inspiration behind finding new and creative ways to display items is to increase traffic in the museum and provide a place where people can learn about the history of the area in a non-conventional learning environment. The Jimmy Dean Museum and some of the Hale County Hall of Fame exhibits in the Llano Estacado Museum have interactive capabilities that make it possible for patrons to listen, watch and learn about Plainview and Hale County.

Gonzalez said the exhibits also provide an added dimension of entertainment to the museum experience.

“I want people to see this as a great place to hang out and to learn,” she said. “That is mainly what a museum is; it’s an institution for learning.”

Gonzalez will oversee Wayland’s two museums. The Museum of the Llano Estacado displays a historical look at the development of the High Plains of West Texas. The Jimmy Dean Museum that focuses on the life of the entertainer and sausage mogul who grew up in Plainview.