Book Signing Slated for Nov. 1 at the University Store, 2-4 p.m. 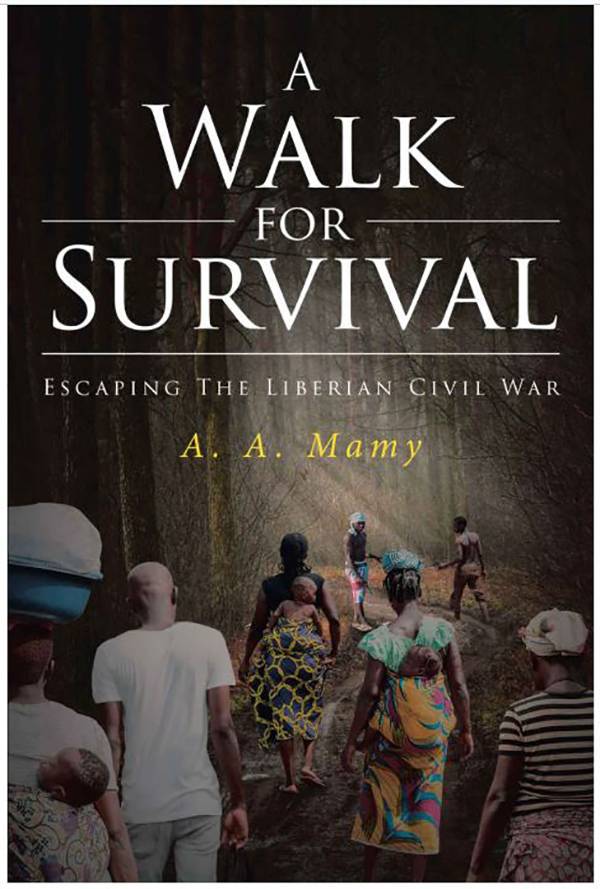 While Anita Mamy was attending Wayland Baptist University, few of her classmates knew of the life story that shaped her into a resilient and determined young woman.

Today, her story is on full display with the 2018 publication of the autobiographical “A Walk for Survival: Escaping the Liberian Civil War.” Anita says the project was not only a chance to share the difficulty of living in war-torn Africa – even in the late 20th century – but also a major part of her own healing.

Anita will return to her alma mater on Nov. 1 for homecoming and a book signing of her autobiography in the Wayland University Store, slated from 2-4 p.m. Books will be available for $20.

A 2009 graduate of Wayland, Anita came to the Plainview campus from the Phoenix area, where her family eventually moved after securing freedom from their country. She is currently a social worker, the manager for an unaccompanied refugee minors program with Catholic Charities of Arizona, based in Phoenix.

But back in those college days, her heart was beginning to soften to her own story. 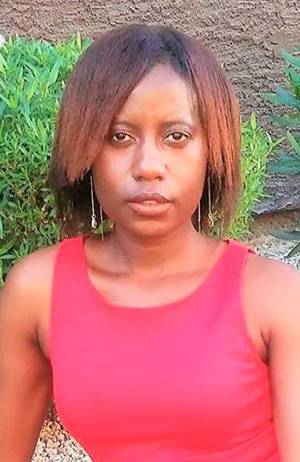 “I come from a culture that just keeps things to yourself, whether things are wrong or you have sickness,” she explained, noting she had just pushed down the pain for decades.

“It all started when I was in Plainview and taking a trip with Dr. (Deborah) Bratcher (former faculty member at WBU). We were having a conversation in the car and I started sharing, though it was something that I never was comfortable sharing with anyone. As we became closer friends, she encouraged me to write a book,” she said.

Anita said she’d never considered writing her own story. She was personally embarrassed by her experiences and did not want to break the privacy of others involved in the escape. When she began thinking about it years later –after making a return visit to Liberia in 2013 when her sister died – she decided it might be time. But the first attempt wasn’t fulfilling.

“When I started I wrote in so many different forms, so the first one was in the third person, almost like it wasn’t my story,” she recalled. “After I was done and felt healed and I wasn’t concerned about what people would think of me, something took over me and I rewrote it as a true story in first person with all the details and emotions. It just flowed out of me.”

That second draft felt much more true and genuine, and Anita said her heart melted as the words flowed.

“As I started writing and putting it down, it became a therapeutic experience for me,” she said. “It was like the genie was out of the bottle, and I’ve never felt so well and healed as I have after I finished it and sent it out to the publisher. I was not embarrassed to have that conversation anymore.”

The publication process with Christian Faith Publishing took almost a year, but finally Anita was able to hold her finished story in her hands in late 2018. She is proud of the product, and hopeful that the book sells many copies for a purely unselfish reason.

Anita is dedicating the proceeds of her book to build a school for girls in Liberia, where women still hold less status than in more developed countries. But with the election of a female president just a few years ago, things are changing in her native land.

On Christmas Eve of 1989, the West African nation of Liberia was attacked by a gang of rebel forces led by Charles Taylor through Nimba County. To counter the insurgency, the president sent a special tactical force to Nimba County to restrain the brewing fight. However, the group went on the offensive, attacking and killing civilians indiscriminately. By the time it was over, in just a short time frame, thousands of people had been executed, but that was just the beginning of the birth pain – tribes had been pitted against other tribes. The Mano and Gio tribe members of Nimba County were being hunted and killed in Monrovia, just as the president's Krahn ethnic group was being sought after in other parts of the country by rebels.

“And just like that, being Mano and living in Monrovia, my sister, her family, and I became part of the enemy of the state. To survive, we concealed our tribal identity, endured a series of narrow escapes, and walked several thousand miles to escape Liberia. This is my story and my account of what I saw happen as a child,” states Anita in the book’s introduction. She was 11 at the time.

Anita’s book is also available through Amazon.com under the authorship A.A. Mamy.