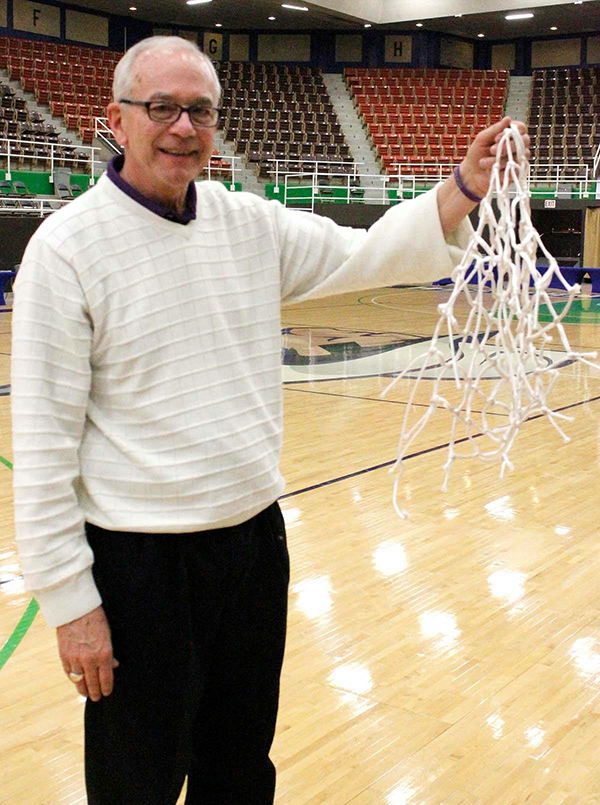 PLAINVIEW – Joe Lombard, a 1975 graduate, will be honored as a Distinguished Alumnus by Wayland Baptist University during its spring Homecoming celebration. While the weekend is mostly a virtual affair, the awards presentation will premiere online on Friday, Feb. 19, when it would traditionally have been offered.

Lombard is a legend in Texas high school sports circles, retiring in 2020 after a 42-year girls’ basketball coaching career that boasted a 1,379-133 record. He came to Wayland to play basketball from Indiana, then entered coaching after graduation. In his first year of coaching at Nazareth High School, he led his team to the state title. At retirement, he had racked up 19 state championships between Nazareth and Canyon High, where he coached for 35 years – a record for the Texas University Interscholastic League (UIL).

Lombard shares his coaching prowess with wife Babs, who earned her WBU degree in 1973 and spent a career in education as well. The two were recognized in Sports Illustrated’s Faces in the Crowd for winning state the same year at two different schools. He and son Tate, who succeeded him as head coach at Canyon, have won state twice in the same year. He also has a daughter, Lindy, and three grandsons.

“If you follow girls basketball in Texas at all, you know the name Joe Lombard for his incredible success on the court. But off the court, Joe is a humble and hard-working man who took the talents God gave him and used it to influence the lives of hundreds of young women over a storied career,” said Teresa Young, director of alumni relations at WBU. “His career record is simply unbelievable, but his love for young people is what really sets him apart. We are so proud he is part of the WBU alumni family and beyond proud to present him with the Distinguished Alumni Award.”

Wayland honored Lombard previously with the inaugural Harley Redin Coaches Award in 2000 and inducted him into the Athletics Hall of Honor in 2017.