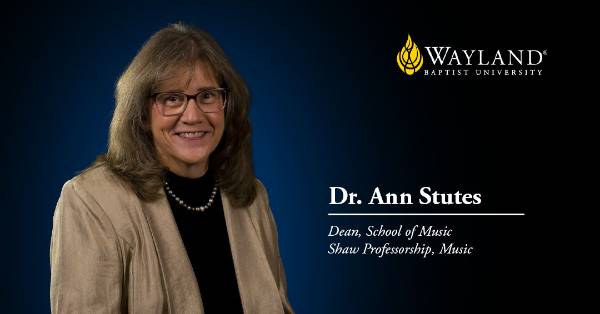 For most of us the song conjures images of Julie Andrews dancing across an Austrian mountain range singing with a group of children. Contrary to what some might believe, however, Andrews wasn’t the first person to develop a catchy way to sing the scales. In fact, the origin dates back to sometime around 1025 a.d. and the town of Arezzo, Italy.

In a Music in Minutes lesson, Dr. Ann Stutes, Dean of the School of Music at Wayland, introduces us to Guido d'Arezzo, one of the most famous music teachers of all time. Living from approximately 990-1050, Guido was a Benedictine Monk and is regarded as the inventor of the modern staff notation.

Guido worked with choirs of monks to teach them music, using what limited instrumentation he had at “hand.” Guido used a unique hand system to teach his choirs. Each knuckle on his hand corresponded to a specific note in the scale. As he sang, Guido would point to a knuckle. The choir would then respond as Guido led them by pointing to various knuckles on his hand.

“So that your servants may, with loosened voices,

resound the wonders, of your deeds,

Clean the guilt, from our stained lips,

When chanting the “Hymn to St. John,” the first note of each phrase moves up one step from C to A. In Guido’s day the scale had only six notes. It was smaller and referred to as a gamut or hexachord. If you look at the first syllable of each phrase you see “Ut, Re, Mi, Fa, Sol, La.” Starting to sound familiar?

Years later musicians determined that the sound “ut” is somewhat difficult to create vocally, and singing the scales would be much easier if that syllable was replaced with “do.” And as Guido would point to corresponding knuckles, his choir would respond with, “do, re, mi, fa, sol, la,” -- the origin of the Rodgers and Hammerstein masterpiece.

For more music lessons from Dr. Stutes and our other School of Music faculty members, follow us on Facebook or subscribe to our YouTube channel and watch the Music in Minutes playlist. New Music in Minutes lessons focusing on vocal performance, piano and worship music will come your way every two weeks.

Music in Minutes is a product of the Wayland Baptist University School of Music. Wayland is an All-Steinway School and an accredited institutional member of the National Association of Schools of Music. You can contact the school at www.wbu.edu or 806-291-1076.