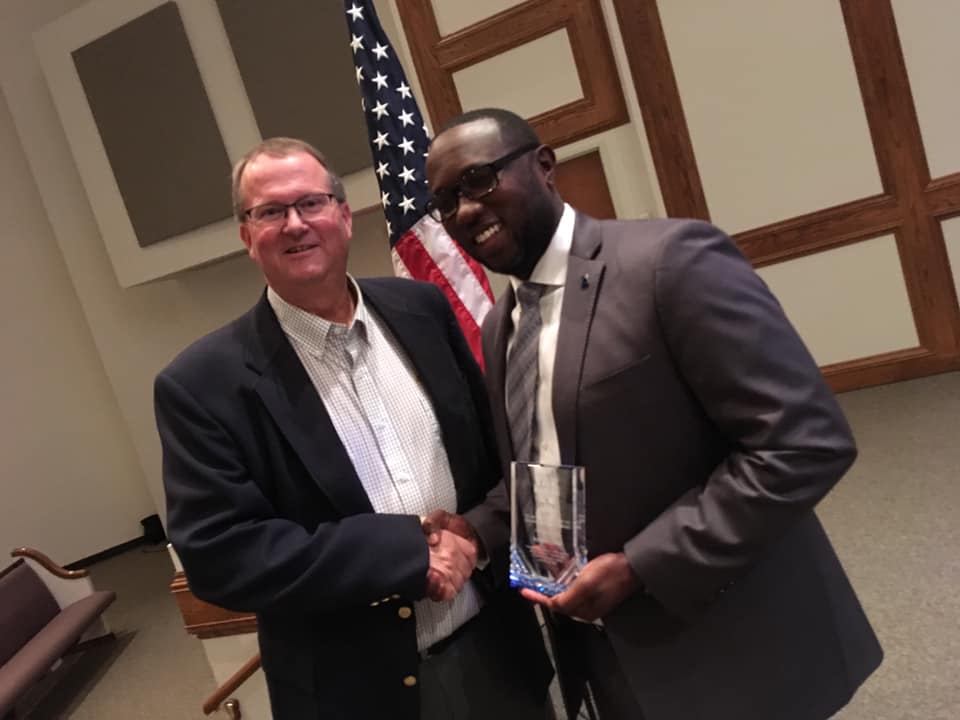 Jones earned his bachelor’s degree from Wayland’s Amarillo campus in 2008. He began working in the banking industry in 1999, starting as a teller. At FirstCapital Bank since 2014, he is retail banking manager and manages consumer banking with responsibility in the bank’s Texas markets, including Amarillo, Lubbock, Midland, Horseshoe Bay, Marble Falls and Fredericksburg.

Aside from his successful career, Jones has been a committed community servant and advocate for education. He served on the College Success Initiative for three years, taking children on bus tours to visit colleges. He also co-founded the Urban Project, an organization geared toward mentoring young men ages 12-18. He has served on the Amarillo ISD facilities committee, the former YMCA board (as chairman-elect and chairman), the CASA board and as a volunteer for Junior Achievement.

Currently Jones serves as board chair-elect for Leadership Amarillo and Canyon, on the board of the Amarillo and Canyon United Way, on the Amarillo Planning and Zoning Commission and on the Northside Community Engagement Committee. He is especially proud of his work with the Northside Toy Drive, which he helped gain its 501c3 status and which provided gifts for around 1,000 children this past Christmas.

Jones and his wife Chrislyn have two children, Bowden III, 16, and Brooklyn, 11. The family worships at Emmanuel Temple Church, where Jones serves as associate pastor. He is pursuing a Master of Business Administration degree at Wayland as well.

The Wayland Alumni Association presents Distinguished Alumni Awards to deserving individuals from each of its campuses throughout the calendar year, culminating at the fall homecoming weekend with the Alumnus of the Year Award selected from those 13 honorees.

“Wayland has a rich heritage of producing alumni who both excel in their chosen careers and who are giving back to their respective communities in amazing ways,” said Teresa Young, director of alumni relations at Wayland. “Bowden Jones is a perfect example of both and a true servant of the Amarillo community. He is a great choice for the campus’ honoree and to kick off this year’s awards presentations.”