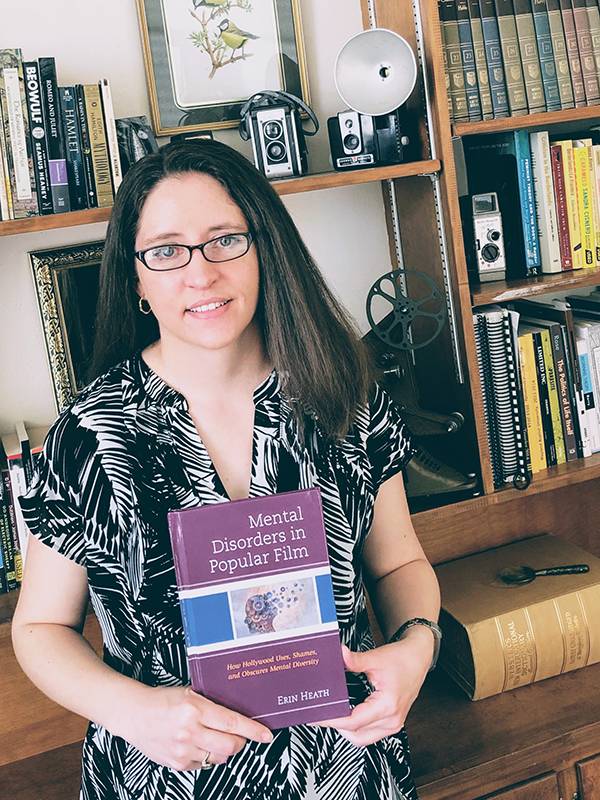 Dr. Erin Heath, associate professor of languages and literature, has written a book that examines mental disorders in popular film.

PLAINVIEW – Dr. Erin Heath, associate professor of languages and literature at Wayland Baptist University, will autograph copies of her new book from 2-4 p.m. on April 25 at the Wayland University Store.

Heath’s new book, Mental Disorders in Popular Film, takes a look at how Hollywood portrays mental diversity. Referencing films like Fight Club, The Silence of the Lambs, The Dark Knight and Black Swan, Heath’s book looks at characters identified as mentally ill. Heath says many of these characters are marginalized to the detriment of social development.

“As I worked on the book, it became more and more evident that film usually represents people with mental disorder in problematic and stereotypical ways,” Heath said. “I felt it was important to explore the methods that films use to exploit the diversity of mental experience in order to communicate other cultural and social issues like gender, race and class.”

Heath says it’s important for all individuals to have a full understanding of the scope of their development, knowing they are not cajoled into a certain social stereotype.

“Representation matters as many young people look to the media to see what they can become,” she said. “If people like you only appear as fools or monsters, it may be harder to think you can become a happy, successful person. Mental diversity is all around us and continuing a culture of shame and fear is dangerous and detrimental to all of us.”

Books may be purchased at the book signing or online at rowan.com. Books are $80 for hardback or $76 for an eBook.