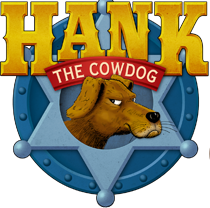 Meet the author of the award winning children’s book series “Hank the Cowdog” from 3-5 p.m. on Nov. 11 at the Wayland University Store.

Located in the McClung University Center on the Wayland campus, the University Store will host John Erickson, author of “Hank the Cowdog,” as he autographs copies of his books that are on sale at the store. Erickson will also perform a 15-20 minute reading and question and answer session. Refreshments will be available and door prizes will be given out.

Erickson has written and published 75 books and more than 600 articles. His stories have won numerous awards and been translated into Spanish, Danish, Farsi and Chinese. According to his biography, the “Hank the Cowdog” series began as a self-published venture in 1982. The series gives readers a glimpse of daily life on the ranch through the eyes of Hank the Cowdog, head of ranch security.

Born in Midland in 1943, Erickson moved to Perryton at the age of 3. He graduated from Perryton High School in 1962. After several years of college and divinity school, Erickson returned to ranch work in Texas and Oklahoma, eventually starting Maverick Books publishing in his garage at home in Perryton. Maverick Books is the official publisher of “Hank the Cowdog.” The series has sold more than 8 million copies. John and his wife, Kris, still live and work on a cattle ranch near Perryton.