WBU Historian to be Honored at Homecoming 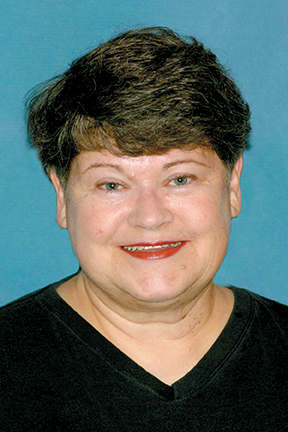 PLAINVIEW – Dr. Estelle Owens, a 1971 graduate, will be honored as a Distinguished Benefactor by Wayland Baptist University during its spring Homecoming celebration. While the weekend is mostly a virtual affair, the awards presentation will premiere online on Friday, Feb. 19, when it would traditionally have been offered.

Owens earned her bachelor’s degree in history in 1971 with honors, then continued her education at Baylor with a master’s degree earned in 1973. She earned her Ph.D. in 1983 from Auburn, where she developed her love for teaching and followed what she says was God’s call to the classroom. Just as she was wrapping that education up, her mentor at Wayland, former History department chair Dr. Gwin Morris, called to offer her a teaching position at her alma mater. She jumped at the chance, then spent 42 years imparting history and wisdom to students young and old with trademark enthusiasm and humor.

She retired in 2016 and is now Emeritus Professor of History and University Historian. She continues to work on the unabridged history of the university started as Wayland celebrated its centennial in 2008-09.

As an employee, Owens began giving back to her university financially, supporting a variety of causes on the campus from her academic school and the general fund to every capital campaign held during her tenure and into retirement. Over the past five decades, she has supported many endowed scholarships, including two she helped create in the name of her sister, Mary Sharpe, also a WBU graduate, and husband Ken Sharpe.

“Dr. Owens has given her life to Wayland, most notably through excellent teaching for generations of students on both the Plainview campus and at other locations and online. Her financial support for Wayland is incredibly notable, and she has shown her loyalty to her alma mater consistently for decades,” said Teresa Young, director of alumni relations at WBU. “She is a model of generosity and support for her school and we are beyond honored to present her with our Distinguished Benefactor Award for 2020.”

The award is given as part of the annual Distinguished Alumni Awards presentation. The Distinguished Benefactor Award honors a faithful donor to the university. More information can be found on the alumni website at www.wbualumni.com.