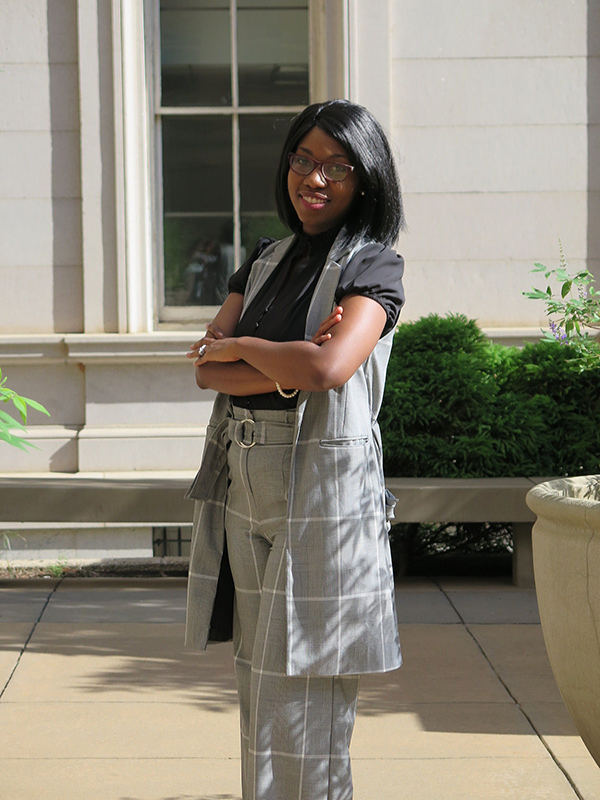 PLAINVIEW – Dananai Semwayo Gardner, a 2013 graduate, will be honored as a Distinguished Alumnus by Wayland Baptist University during its spring Homecoming celebration. While the weekend is mostly a virtual affair, the awards presentation will premiere online on Friday, Feb. 19, when it would traditionally have been offered.

A native of Miami, Gardner will be honored as Distinguished Young Alumnus, an award presented to alums under age 35 for their accomplishments. A track runner while at Wayland and a former Miss Wayland title holder, Gardner earned her Bachelor of Arts degree in 2013 and then continued her education at North Carolina Central University. She earned her Juris Doctorate in 2017. While at NCCU, she was president of the African Law Students Association and a member of Phi Alpha Delta Law Fraternity.

Gardner was sworn in as assistant district attorney for the North Carolina 11th Prosecutorial District in January 2020 after working as a contract attorney. During law school she did internships in alternate dispute resolution mediation as well as with the Durham County government and a consumer financial clinic.

“In her time as an undergraduate at Wayland, Dananai stood out as an intelligent and motivated student who did everything with excellence and represented her university so well. We knew then she was one to keep an eye on, and she has not disappointed us with her success even just a few years out of school,” said Teresa Young, director of alumni relations at WBU. “She was an easy choice for our Young Alumnus award this year.”

Gardner and husband Shermon, who earned an MBA from Wayland in 2014, have three children.