Culver More Than a 100-Point Man 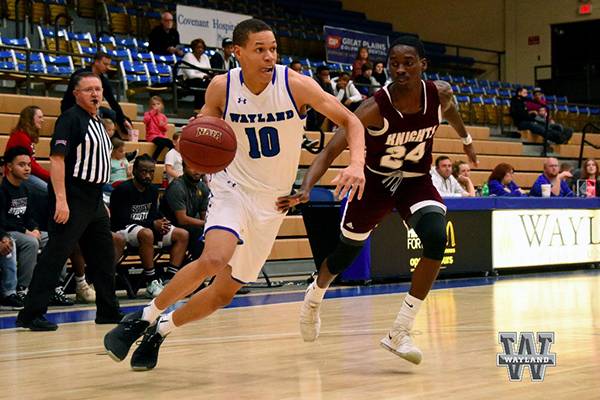 J.J. Culver may have scored 100 points in a game, but he is driven by more than a love of basketball. His other passion is studying the Bible.

J.J. Culver is driven by two passions: basketball and the Bible.

One of those passions was on full display on Dec. 10 as he led the Wayland Baptist University basketball team to a 124-60 victory over Southwestern Adventist University, becoming only the second player in NAIA history to score 100 points in a single game. Spurred on by his teammates, the crowd and a lackluster defensive effort by the opponent, Culver scored the first 42 points of the game and just kept going.

After a halftime discussion where his teammates encouraged him, and the coaching staff, to keep going, Culver did the unthinkable.

Naturally, reaction to the feat has been mixed as the majority have saluted and congratulated Culver for the astonishing accomplishment. But there have also been detractors who question sportsmanship and character in light of such a lop-sided victory.

To know Culver, however, is to know a young man with a heart of gold. A man whose family means more to him than anything. A man whose passions are two-fold.

“I’ve always wanted to go to college and study the Bible,” Culver said. “So, I’m kind of living that dream right now.”

Culver said the passion to study the Bible came at an early age, instilled in him by his parents, Hiawatha and Regina Culver. Hiawatha is pastor of the Rising Star Baptist Church in Lubbock.

“I have always been interested in religion and philosophy,” he said.

When Culver was looking at schools, receiving an offer to play basketball from Wayland made an impression on the young man. With his interests in religion and philosophy, he felt right at home at Wayland’s School of Religion and Philosophy. The school has since changed its name to the School of Christian Studies, where he spends his time when not on the basketball court.

“I love all my professors,” said Culver, who is studying to be a pastor like his father. “They know so much about the Bible. They have taught me so much and it’s just like a dream come true.”

Culver’s ultimate dream is to follow in the footsteps of his younger brother, Jarrett, and play in the NBA. Jarrett, who played for Texas Tech, was drafted by the Minnesota Timberwolves sixth overall in the 2019 NBA draft. J.J. is a year older than Jarrett and is completing his senior season of eligibility for the Pioneers. With graduation in sight, he is working hard to get noticed by NBA scouts.

Culver spent most of the summer working out with his brother and training at an NBA level. He dreams of bringing the joy of the game he loves to other people. But he knows when that dream comes to a close he can bring the joy and hope found in the gospel to people who need to hear the good news of salvation. After all, his passion and training continues to be two-fold: basketball and the Bible.