From the Plains to the Ivy League

Coutinho Makes the Most of Educational Opportunities 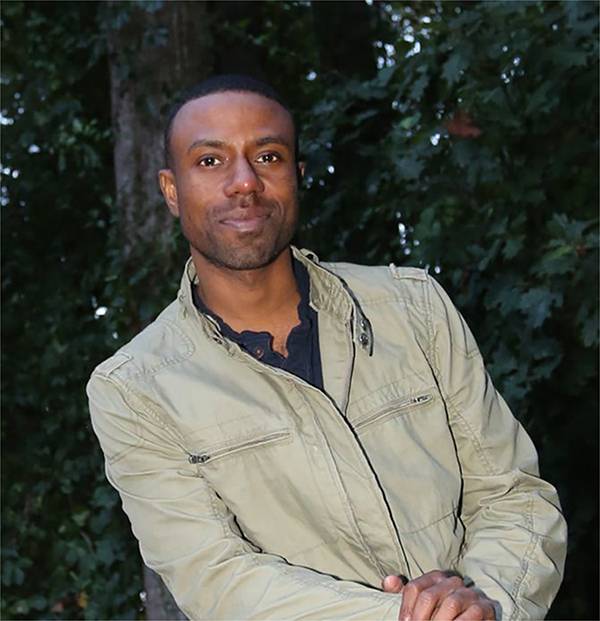 Daniel Coutinho was on a plane from Johannesburg to Qatar when he answered his phone. It was an acquaintance from his alma mater calling to talk. The cabin of an airline on an international flight isn’t really conducive to phone conversations, so he agreed to talk at a later date. Some might simply remember him as the nice kid with a big smile, but when it comes to explaining what he's been up to since graduation, Coutinho has a lot to say.

Coutinho isn’t a stranger to international travel. It is part of his job in his current position with the World Bank. A 2006 graduate of Wayland, Coutinho has come a long way … literally. A budding, young, academic from the Comoro Islands off the coast of Africa, he parlayed his WBU undergraduate degree into a Master of Public Policy at Harvard and he is on schedule to graduate with a Master of Business Administration degree from Yale in 2019. Not bad for a kid who wasn’t even sure where he could go to get a college education.

As he graduated high school, Coutinho thought his future was set.  He had left his home in the Comoros to attend school in South Africa.

Coutinho had his sights set on studying journalism at a South African university. For whatever reason, things weren't going to work out the way he had planned. Being a visiting student from another country, Coutinho had trouble getting admitted to the university.

“For some reason, after having been in Africa for all those years, I just could not get a student visa,” he said.

In hind sight, Coutinho knows it was God’s plan, but to this day he cannot determine why he was rejected repeatedly for a student visa.

“I had to leave South Africa. I was in the Comoros in no man’s land, in limbo, for a while, not knowing what I was going to do.”

Back at home, Coutinho started searching for universities. At the time, he thought studying in the United States was out of the question, but a missionary couple started talking to him about financial aid and scholarship options. The couple helped search for Christian universities with journalism programs that also had strong track and field programs. Coutinho narrowed his search to three options and eventually chose Wayland.

It's a decision he will never regret.

“Wayland really helped me and my family in so many, many ways,” Coutinho said. “I am forever indebted to Wayland and the Wayland community.”

While at Wayland, other members of his family made their way to the small West Texas university to pursue education. Daniel's younger sister and his mother eventually graduated from WBU.

“I started to reflect on what it was that I really wanted to do,” he said. “I really started to get a sense, as I was about to graduate, of the tremendous opportunity that I had been given in being able to study in the United States and also the potential of the Comoros.

“It’s not like I had some overly romantic notion about going back and saving my country, but there’s at least a pause, some sort of responsibility to give back in some way.”

Dr. Gilbert Werema, a native of Kenya who was a Wayland business professor at the time, understood Coutinho’s plight and began to mentor him and push him to think bigger and start looking at policy programs, international programs and economic development programs. It was Werema who pushed Coutinho into applying to Harvard’s master’s program.

“I felt Harvard was too much of a stretch,” Coutinho said. “(Werema) was the one who encouraged me and got after me. He said, ‘You need to do this. You have to at least give yourself a shot.’ … low and behold…”

Coutinho wrapped up his studies at Harvard in 2009 and, through connects with Harvard professors, was introduced to The World Bank Group. Coutinho earned a position at the World Bank where he works with sovereign governments to develop legal and regulatory environments that are more conducive for investment. In short, the World Bank not only provides loans to governments, but also helps develop strategies to structure the government to become more attractive to other investors.

“The mission of the World Bank is to help reduce poverty and we focus on emerging economies in developing countries,” Coutinho said. “We work with governments, particularly in poor countries. We provide loans that are packaged with technical assistance that help improve their economic prospects.”

Coutinho’s work has taken him around the world and driven him to pursue an MBA from Yale to better understand the private business sector.

Coutinho said his MBA work is giving him a strong grasp of private sector funding and financing and helping him to advance his skills. It also doesn’t hurt to have two Ivy League master’s degree to his name, “… but I’m not pursuing a Ph.D.,” he laughed. “I’m done. This is it.”

Coutinho isn’t sure what his future will hold, but for now he’s back at home in Washington, working on a roughly $30 billion project for a foreign government. And he's thankful for that small, West Texas university that helped him along his way.