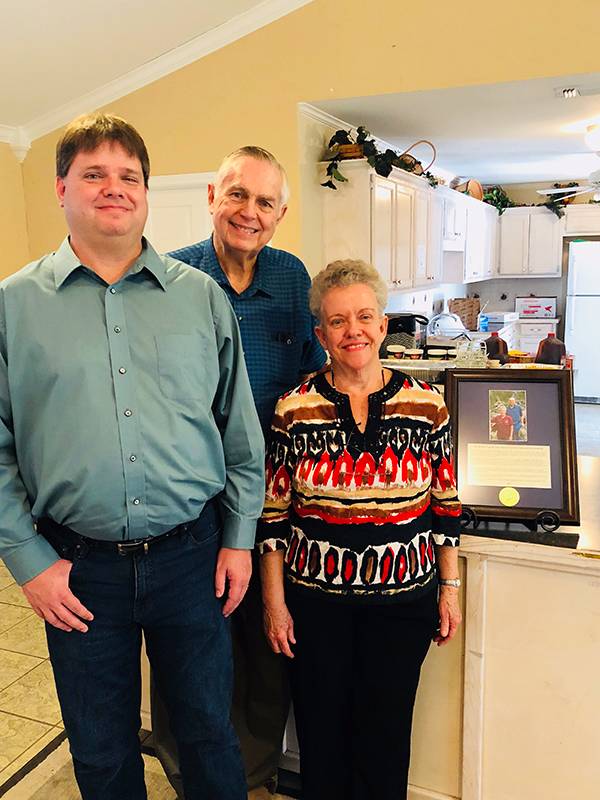 Surrounded by friends from their Sunday school class and the retirement center where the couple has lived for several years, the Sartains were honored by Wayland development staff for the gift that will help make education accessible for math majors or minors at WBU. Dr. Sartain served as a math professor at Wayland for 11 years as well as 30 years at sister Baptist institution Howard Payne University and four at Houston Baptist. Jan has been a pianist and organist for many years at churches throughout their various residences.

The Sartains met at Wayland in the fall of 1958, new members of the International Choir, a longtime tradition at the university. They were both assigned costumes from Sweden, meaning they were together often during the choir’s “roll call of nations.” They soon began dating and were engaged by the spring. The couple married in July 1960 in Jan’s hometown of Clovis, N.M. After Bob earned his degree from Wayland, the couple moved to Iowa for his graduate work. They then moved to Brownwood, where he taught at Howard Payne for several years and Jan completed her bachelor’s degree, then to Lubbock, where Bob would complete his doctorate in math at Texas Tech in 1972.

Bob retired from teaching in August 2009, and the couple enjoys traveling to visit family and serving in churches. The Sartains have three children – Tim, Dave and Melissa – and 14 grandchildren.

Endowed scholarships are created with gifts totaling $25,000 and kept in investment. The interest is pulled annually and given to students with need to help cover the cost of their Wayland education. For more information on endowed gifts, contact Director of Development Amber McCloud at 806-291-3430.