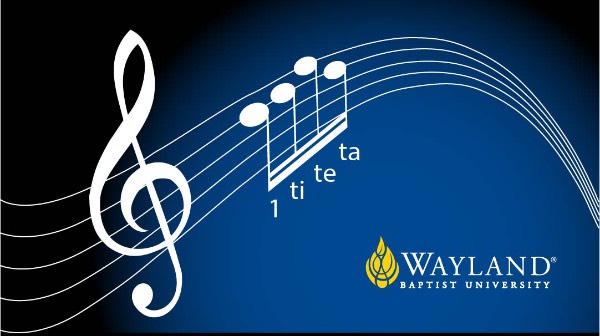 For Dr. Scott Strovas, finding the right counting system is an essential step in conceptualizing a piece of music. Developing a strong understanding of the rhythm of a measure can lead a musician to be more confident in how he or she performs the composition.

In a recent Music in Minutes lesson Strovas takes us through the Eastman Counting System, where he outlines its effectiveness, focusing on three key areas.

Strovas said there are a number of effective counting systems and many of them have similarities. But for his use, he prefers the Eastman System.

For more music lessons from Dr. Strovas and other members of our School of Music faculty, follow us on Facebook or subscribe to our YouTube channel and watch the Music in Minutes playlist. New Music in Minutes lessons focusing on vocal and choral performance, piano, and worship music are released every two weeks.

Music in Minutes is a product of the Wayland Baptist University School of Music. Wayland is an All-Steinway School and an accredited institutional member of the National Association of Schools of Music. You can contact the school at 806-291-1076.